The circuit breakers were fed automatically by a vibratory feeder and presented two at a time to the robot. They were then placed into one of four sets of two test sockets and a defined amperage is applied. The extension of the reset button is checked with a photoelectric sensor. After the breaker opens, or times out, the robot removes the units, drops any failed units and places good units into a shipping tray.  The shipping trays are automatically stacked and an empty is loaded automatically so that the system can run over an hour’s production without operator intervention. The tray stackers were unique in that they each were operated using only one pneumatic cylinder.  The testing cost was drastically reduced, repetitive motion was no longer an issue and warranty issues were reduced significantly.

The mechanic design, electrical design, PLC programming, and robot programming were all completed by our founder early in his career. 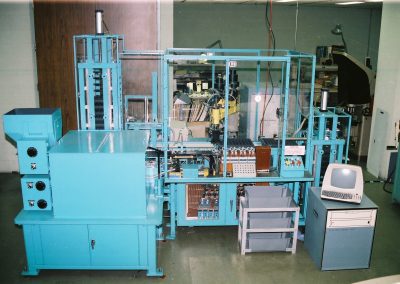 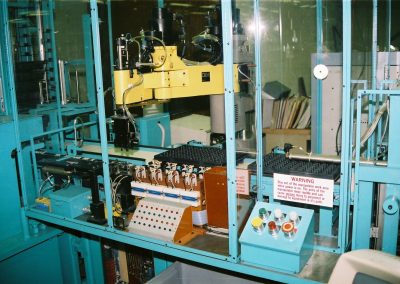 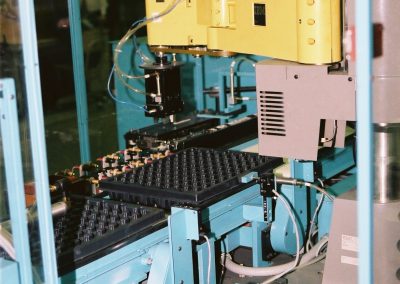 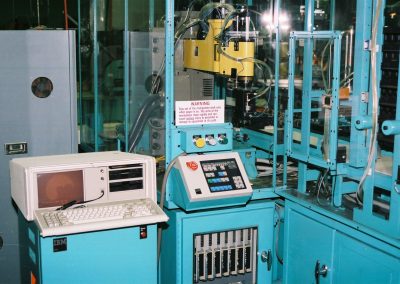 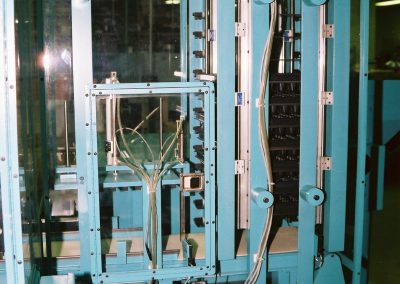 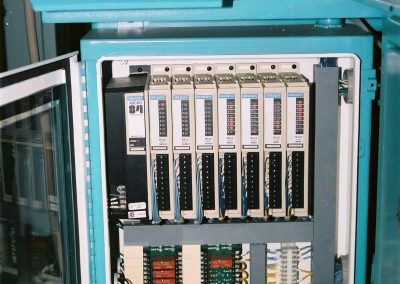 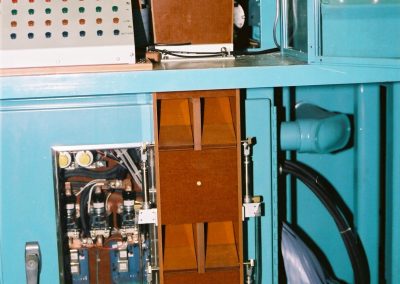 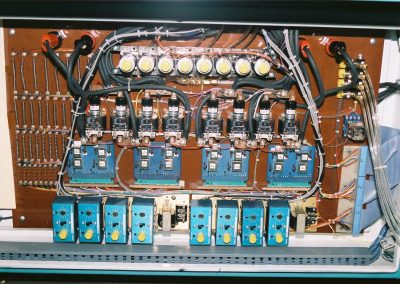 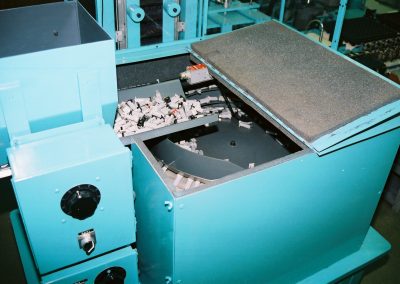 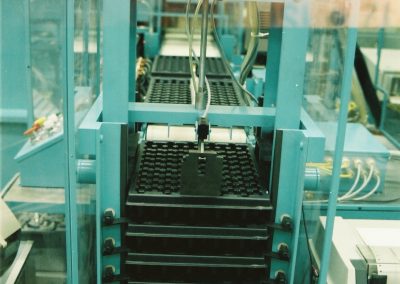 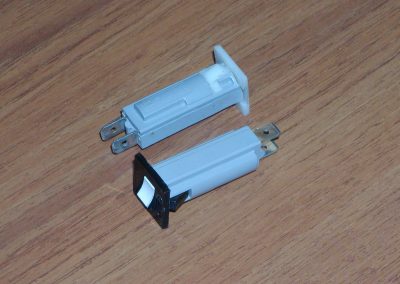 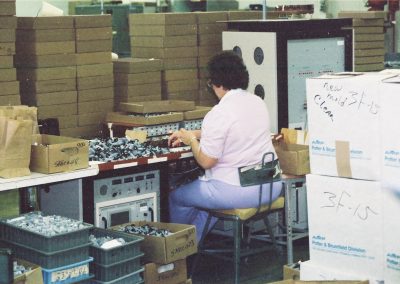