The challenge was to design a system that could safely assemble and test several different sizes of the suspension components.  In addition the machine had to contain the 1,300,000 pounds of force produced during the functional test of the assembly.

The solution was a seven axes, servo operated machine that assembled the various components into the main housing and then rotated the assembly vertical for functional testing.  A 12” bore hydraulic cylinder backed up the assembly as it was tested.

In addition to the mechanical design, we also conducted Finite Element Analysis of the structure and programmed all the servo axes. 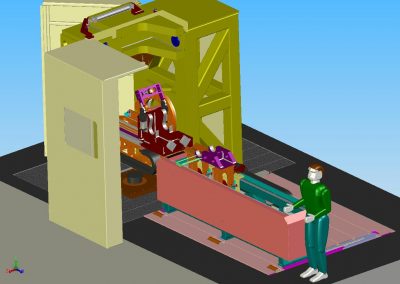 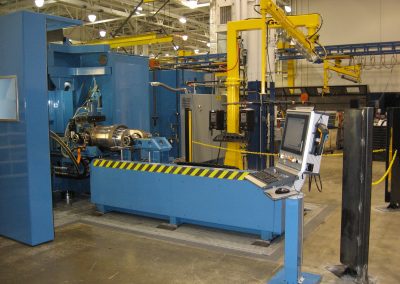 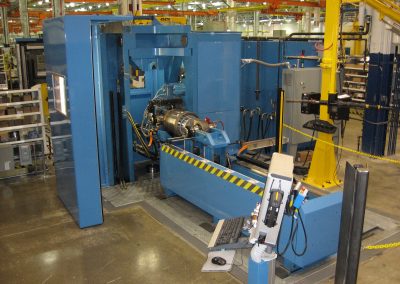 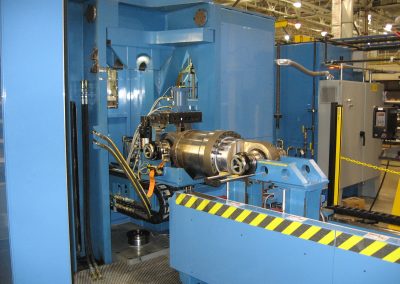 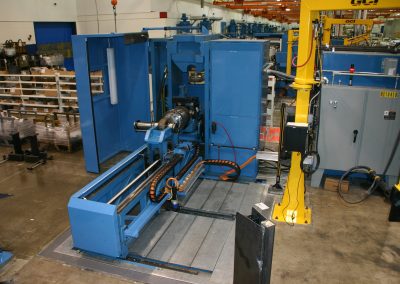 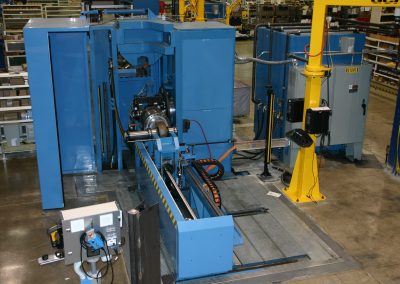 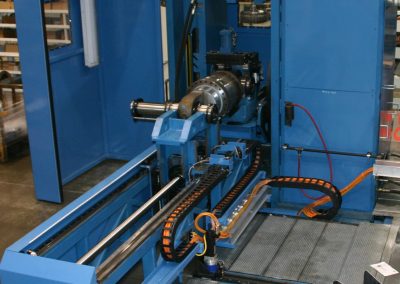