The challenge, presented by a large automobile engine plant, was to create a heavy duty conveyor that could be operated even if electrical power and the source of compressed air was lost. A reduced production rate was acceptable but production had to continue. In common heavy duty conveyors the fixtures, often weighing up to 1000 pounds, were lifted above the conveyor side rail and then transferred off in a perpendicular path to make corners or to divert fixtures off the main line to repair spurs or parallel operations. The fixture was also lifted when it was necessary to rotate the fixture for various assembly processes that might require a different face of the engine to be presented.  The modular conveyor described in Case #7 already satisfied this requirement but a new design was required for corners and fixture rotate stations. 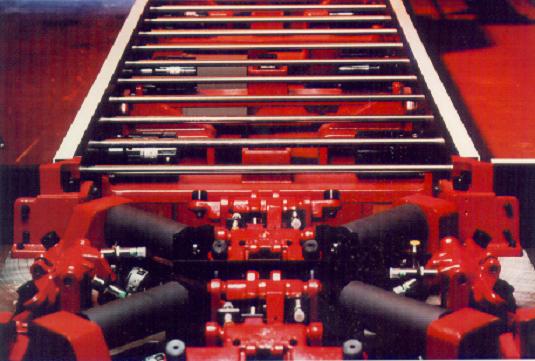 Admittedly, it takes a good amount of effort to manually push a fixture through such a corner unit but the customer was extremely happy. This conveyor module proved to be extremely reliable. It also allowed corner modules, lift & transfer modules, and lift & rotate modules to be replaced with just one module providing great flexibility. This flexibility was improved by making it interchangeable with the straight conveyor section described in Case #7. Major system changes were completed over a weekend due to this modular construction. 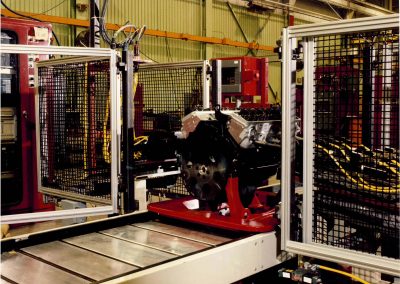 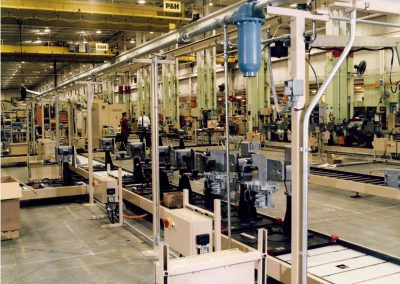 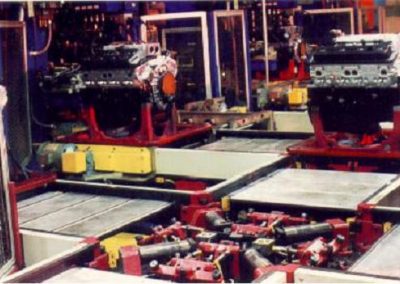 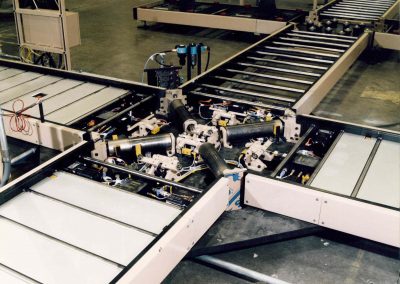 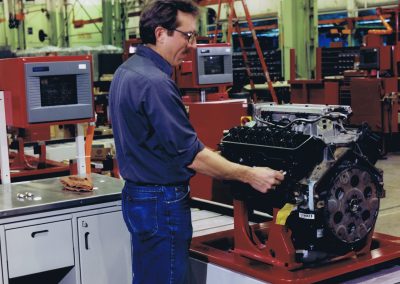 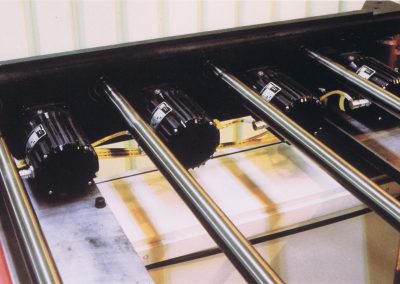 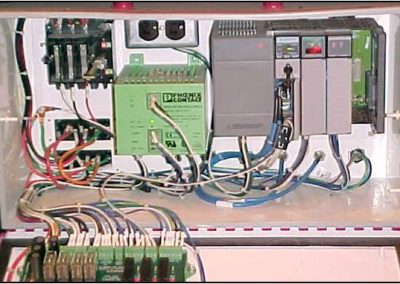 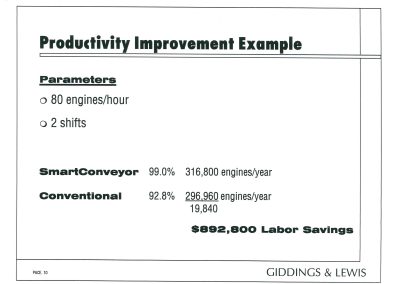 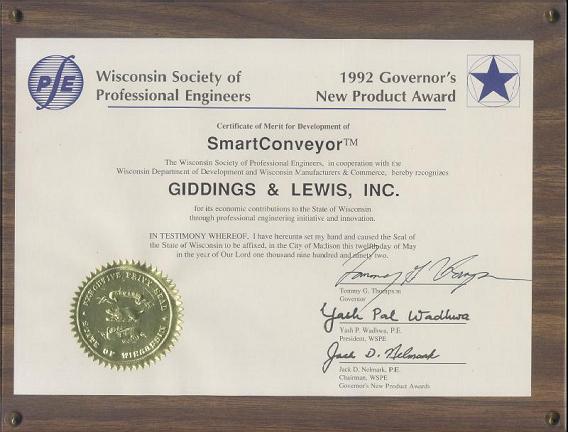 Several custom components were developed specifically for this new conveyor.  First of all the motors were created by combining a standard gearbox with a special version of a torque motor.  It was literally impossible to burn out the motor as it dissipated as much heat as it could generate.

A special I/O module was also developed to operate this conveyor.  The single block turned on and off two sets of three phase motors , changed the direction of the motor, monitored the motor current, and protected the motors with onboard fuses.  It also monitored two inputs, and monitored the sensors for short circuits or open circuits.  The module was controlled using a DeviceNet network.  Both in and out ports were provided for the network, as well as the three phase power supply, so that the cables could be daisy chained from one block to the next. 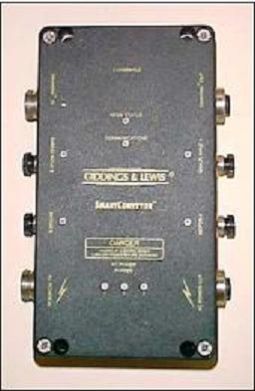 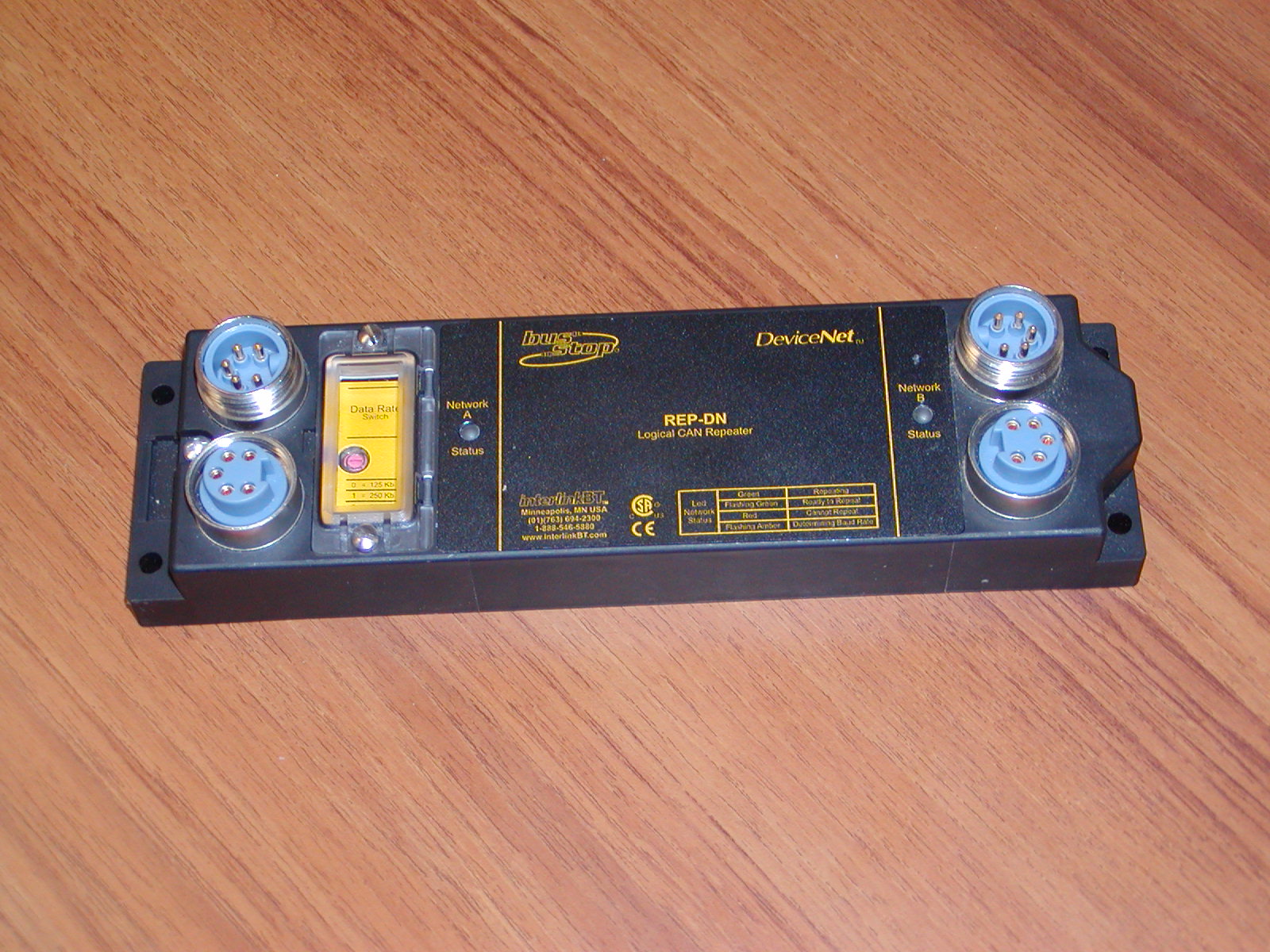 Another special DeviceNet block was created by InterLink based on our requests.  The block provided bidirectional I/O so that one network could communicate with another.  This allowed each conveyor module to communicate with its neighbors so that a pallet was not transferred into a module that was not ready to receive it.  The block shown below is the current version of this product.  It was given to our founder by Interlink in appreciation for suggesting the idea for the product.

In spite of setting efficiency and uptime records for assembly lines within the corporation, the two assembly lines were dismantled when the plant was closed.  After transporting millions of V8 engines the systems were brutally ripped up and trucked to Mexico where the modules were stacked like firewood, (mostly uncovered) in the parking lot of the plant.  The modules were stored like this for many months until the floor space was available for reassembly.  Castings and electric motors were literally broken in half during the transport and stacking.

After this “less than ideal” treatment the modules were reassembled to create one “new” assembly line.  Many bearings had to be replaced and rust had to be manually removed from many, many parts but the system was brought back to life and operated for more than ten years after it was first installed.

This story is not only a testament to the ruggedness of conveyor itself but also the many components that made it up.  Even the PLC’s and operator interface screens survived the ordeal. 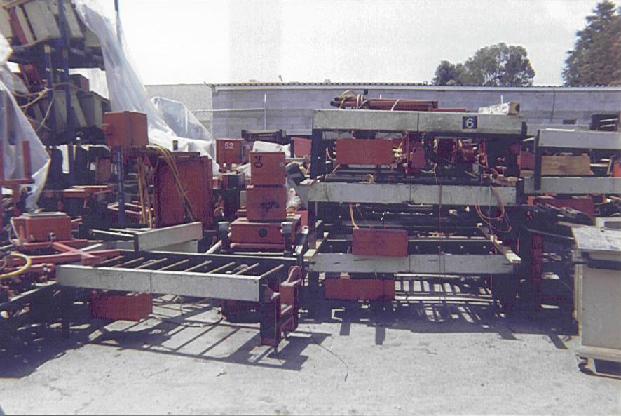 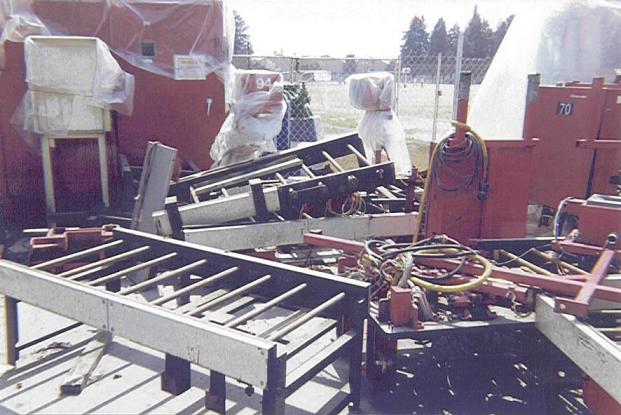