The challenge was to securely restrain the XYZ table described in Case #2 while still allowing for the table to be positioned in four axis.

The solution was a locating pin that could float with the movement of the table and then be locked into position.

As the table was raised hardened still bushing mounted to the table engaged these floating locking pins which could translate freely in the X&Y direction.  The pin was mounted to a large disk that was supported by spring loaded ball rollers.  Once the table was positioned large air cylinders would force the ball rollers down compressing the spring supports until the disk rested on brake pads.  There was also a brake mounted to the air cylinder piston thus lock the pin in position.

This machine ran continuously for over five years before the model was discontinued. 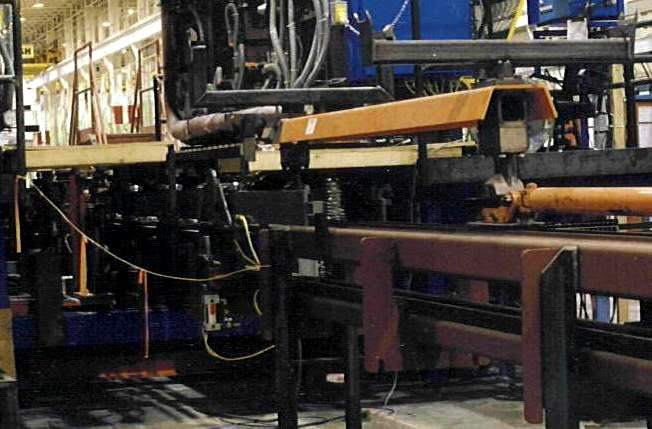