The challenge was to raise an entire vehicle body off of a conveyor system and located it in the X, Y, Z and Theta axes. The Z axis was required to raise 36 inches in order to lift the body off the carrier. The body also had to be located to less than 0.001″ with a plus or minus 0.500″ range in both the X and Y axes and at the same time be able to skew the body to align the center line of the body with the center line of the machine structure. The front of the body had to be able to be at +0.005″ while the rear was at -0.005″.

The solution was a servo operated table that was nearly 8 foot wide and over 16 foot long that raised the required 36 inches on a set of six large ball screws. The ball nuts were driven by a series of large timing belts and driven by a common (very large) servo motor. A hardened ball nose pin was pressed into the end of each ball screw and the screw was kept from rotating by a ball link. A spherical roller bearing was used between the ball nut and the table itself. This design allowed the ball screw to be be tipped from vertical once the table had been raised. Servo driven ball screw actuators moved the entire table in the X axis and each end of the table independently in the Y axis. Fine adjustments to the Z position were made as the X and Y axis were being positioned. All these motions were based on a special three axis locating device the proved gauging holes on the body. The body was located to better than 0.002″.

This machine ran continuously for over five years before the model was discontinued. 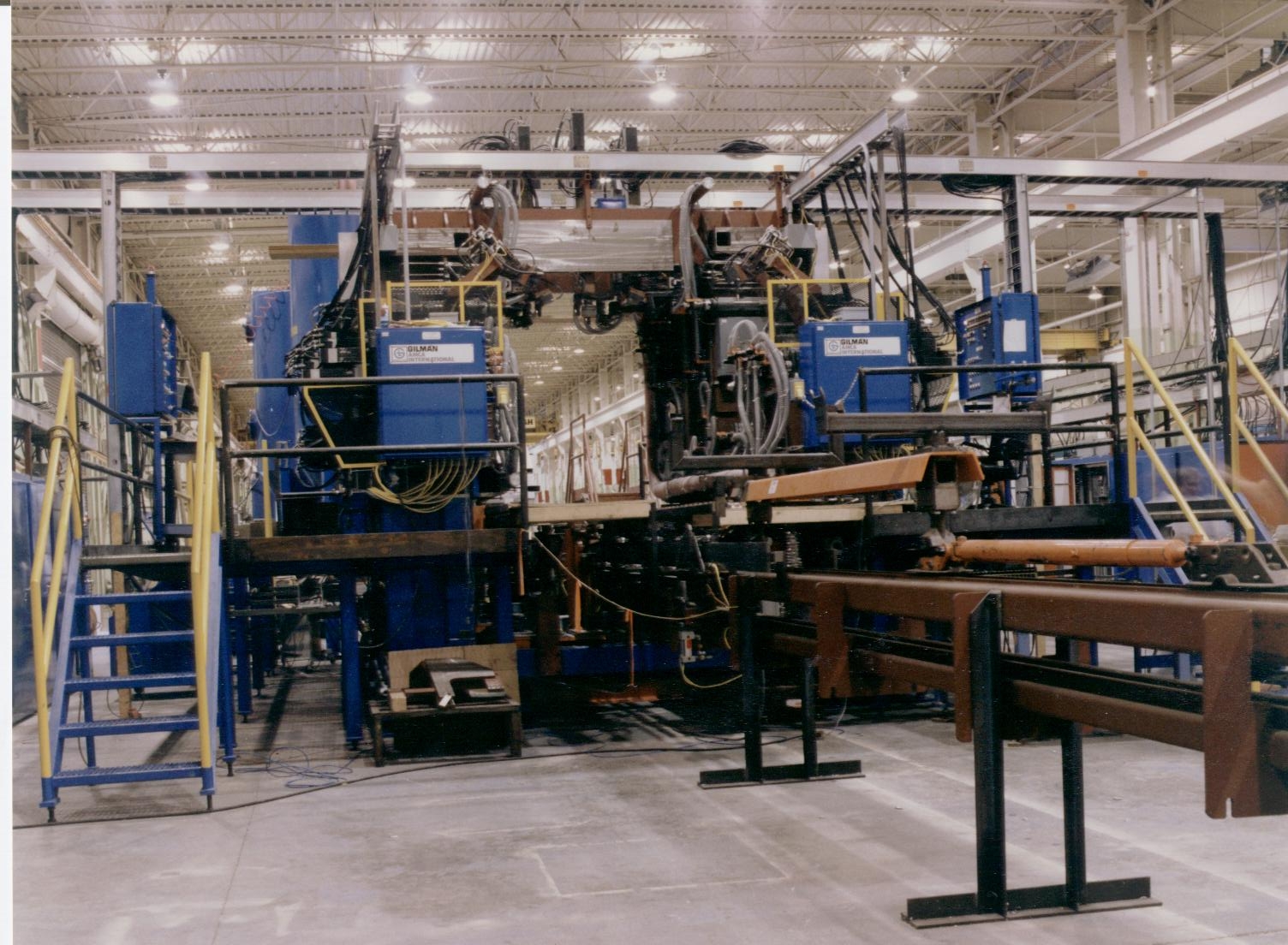 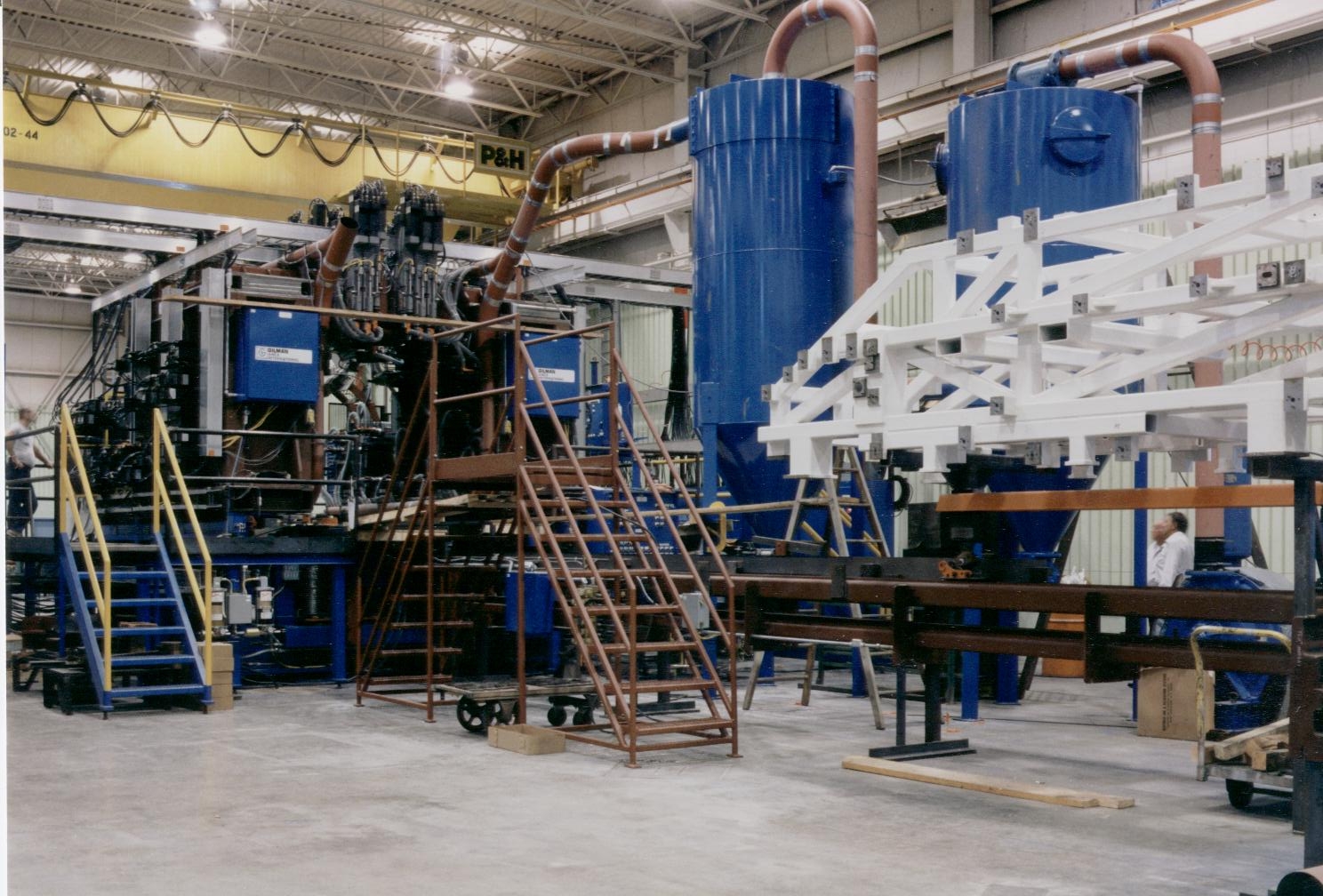 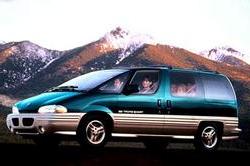