The challenge was to create a modern replacement for a very old, totally mechanical machine that inserted blades into torque converter shells. The primary concern was the ability to operate on more than one model of torque converter in the same machine. The original machines required many weeks to convert from one model to another.

The solution proposed was to mount the shell on a Stewart Platform robot and actually push the shell onto the blade which was held stationery by a feeding mechanism. As the shell is toroidal and the blade is spherical the six degrees of freedom allowed the blade to be twisted and turned the the assembly operation occurred.

Unfortunately this machine was never constructed. 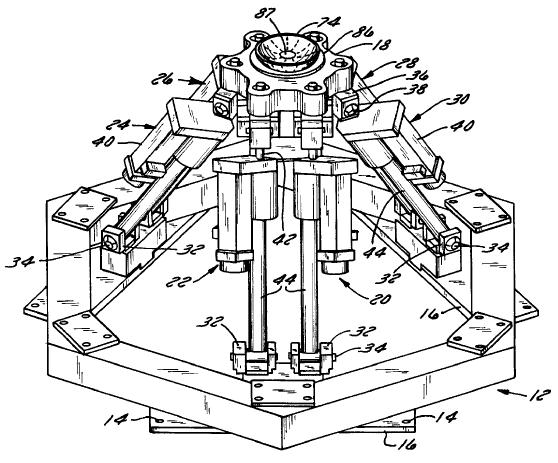 These images show the original blade loader machines and their mechanisms. 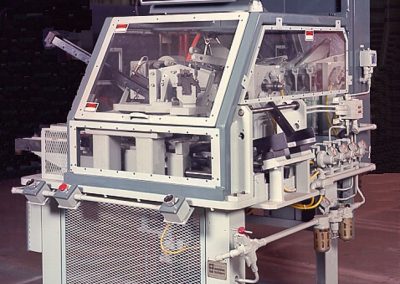 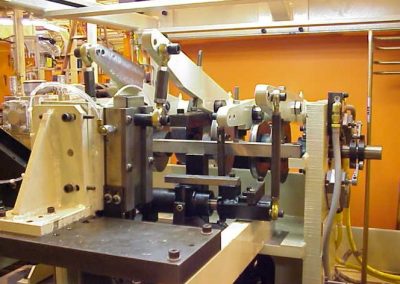 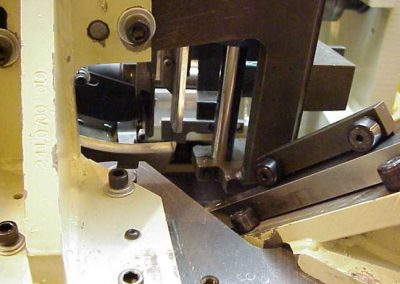 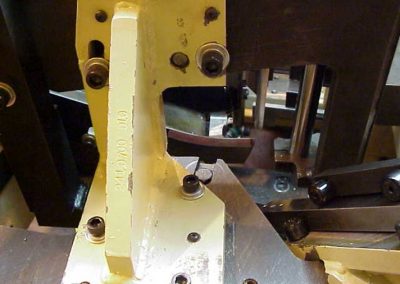 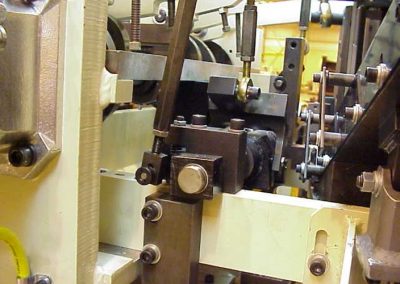 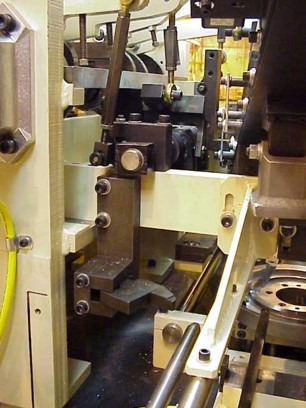 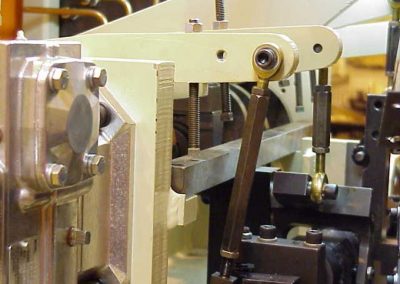 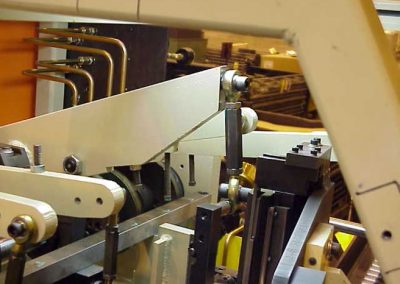