The challenge was to create a programmable pick & place device which could load and unload parts from automated assembly machines within a X-Z plane. The device needed to be less expensive than commercial robots and have a payload of at least 15 pounds. The standard approach to this type of device a combination of two linear axes mounted perpendicular to each other. The problem with this solution is that the horizontal axis must be considerably larger due the fact that it must carry the extra mass of the vertical axis. The larger size of the horizontal axis increases the system cost. In addition, system performance is greatly reduced due to the large mass reducing the rate of acceleration and increasing settling time.

The solution was to place the two carriages in parallel on a linear servo motor stage. The two axis are connected by a linkage that provides a horizontal motion when the two axis when the two axes operate in the same direction and a vertical motion when the two axes operate in opposite directions. With this configuration each axis carries only one half of the payload mass plus the weight of two links. Extremely high velocities and accelerations can be achieved with this system and the linear servo motors provide excellent reliability as the only wear parts are linear bearings, rotary ball bearings, and cables. In addition, the linear servos can be constructed in almost any length desired thus providing a longer work envelope than would be possible with ball screw stages. 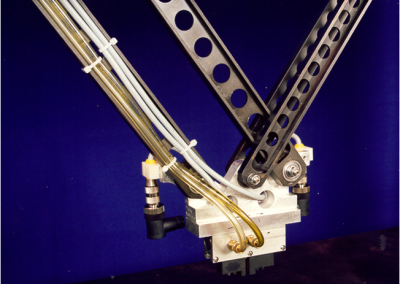 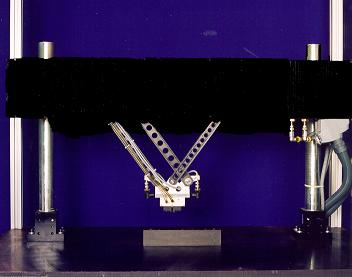 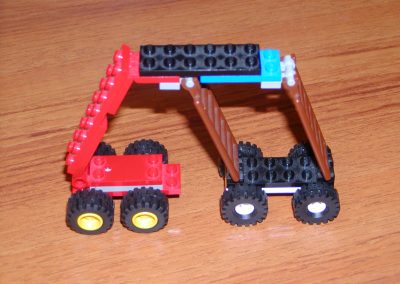 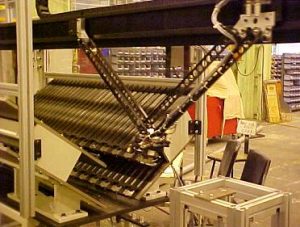 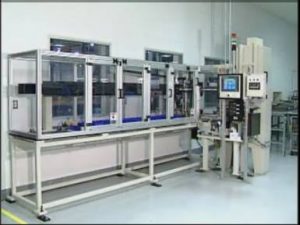 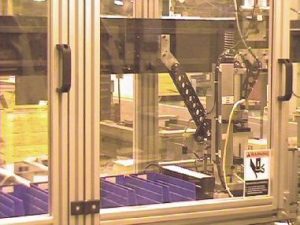 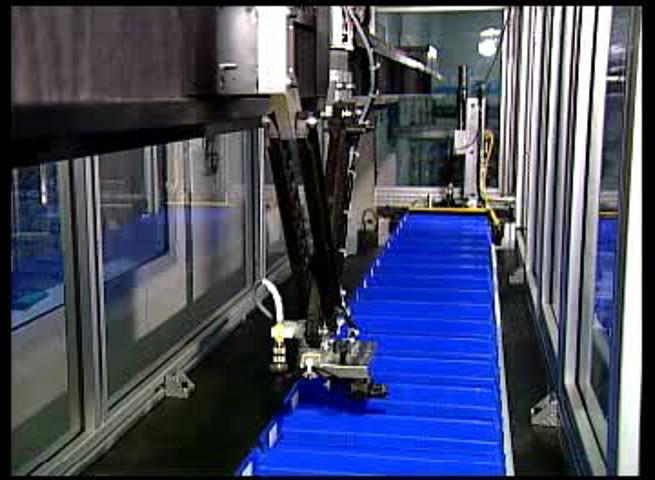 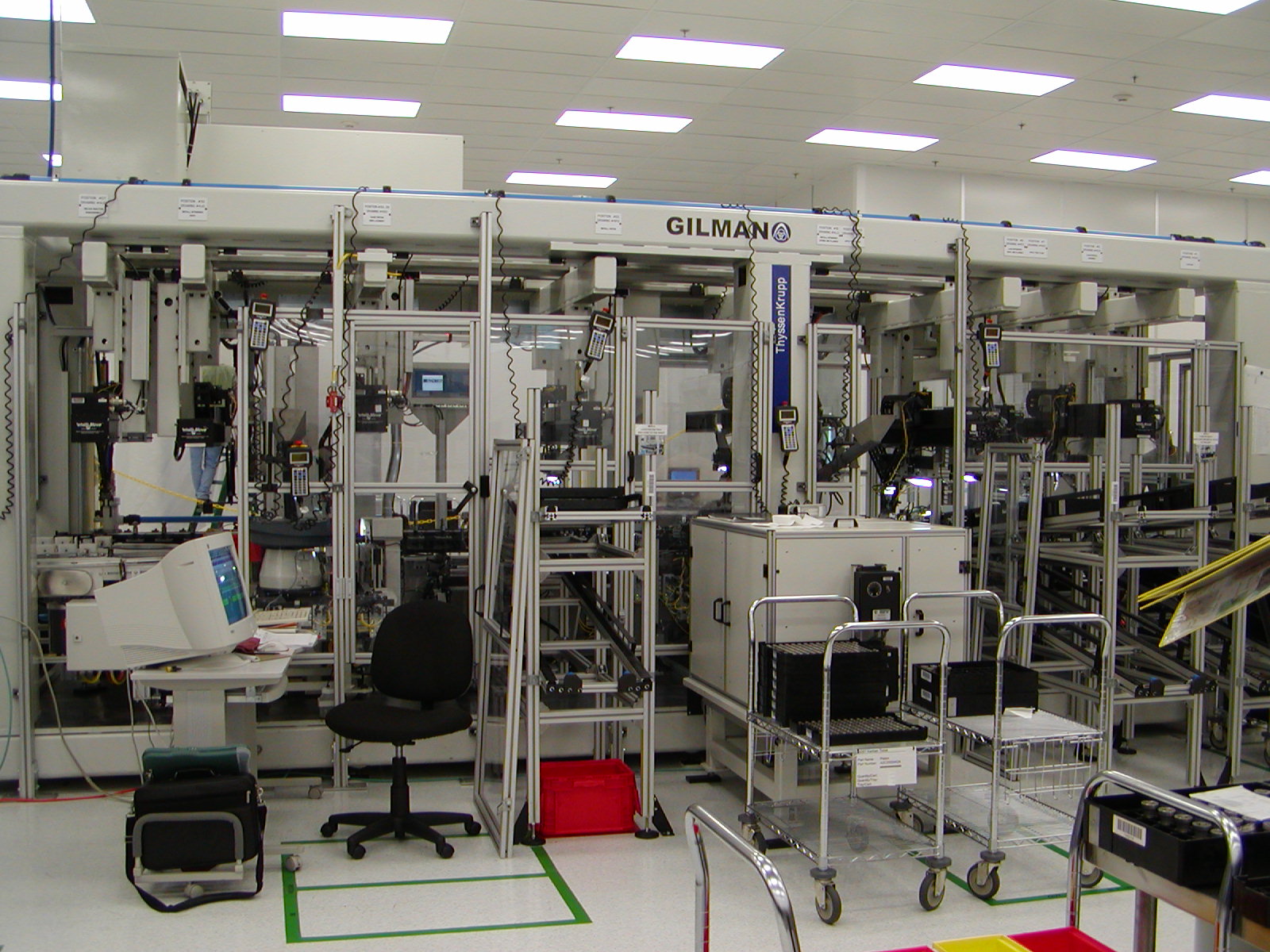 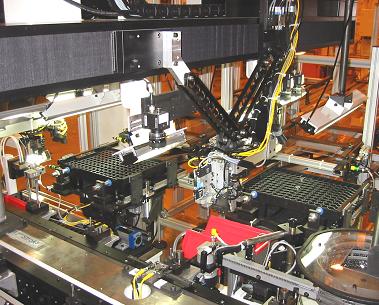